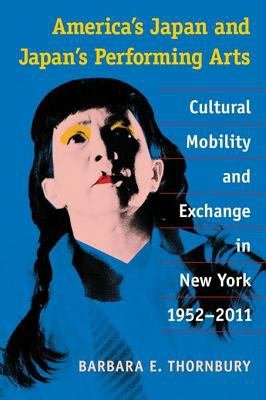 America’s Japan and Japan’s Performing Arts studies the images and myths that have shaped the reception of Japan-related theater, music, and dance in the United States since the 1950s. Soon after World War II, visits by Japanese performing artists to the United States emerged as a significant category of American cultural-exchange initiatives aimed at helping establish and build friendly ties with Japan. Barbara E. Thornbury explores how “Japan” and “Japanese culture” have been constructed, reconstructed, and transformed in response to the hundreds of productions that have taken place over the past sixty years in New York, the main entry point and defining cultural nexus in the United States for the global touring market in the performing arts. The author’s transdisciplinary approach makes the book appealing to those in the performing arts studies, Japanese studies, and cultural studies.

Authors: Barbara E. Thornbury
Categories: Performing Arts
America’s Japan and Japan’s Performing Arts studies the images and myths that have shaped the reception of Japan-related theater, music, and dance in the Un

Authors: Rosemary Candelario
Categories: Performing Arts
Flowers Cracking Concrete is the first in-depth study of the forty-year career of Eiko & Koma—two artists from Japan who have lived and worked in New York Cit

Authors: W. Anthony Sheppard
Categories: Music
To what extent can music be employed to shape one culture's understanding of another? In the American imagination, Japan has represented the "most alien" nation

The Spectacle of Japanese American Trauma

Experiences of Japanese American Women during and after World War II

Authors: Tanya Calamoneri
Categories: Drama
Butoh America unearths the people and networks that popularized Butoh dance in the Americas, through a focused look at key artists, producers, and festivals in