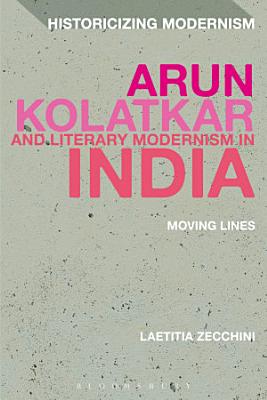 In this first scholarly work on India's great modern poet, Laetitia Zecchini outlines a story of literary modernism in India and discusses the traditions, figures and events that inspired and defined Arun Kolatkar. Based on an impressive range of archival and unpublished material, this book also aims at moving lines of accepted genealogies of modernism and 'postcolonial literature'. Zecchini uncovers how poets of Kolatkar's generation became modern Indian writers while tracing a lineage to medieval oral traditions. She considers how literary bilingualism allowed Kolatkar to blur the boundaries between Marathi and English, 'Indian' and 'Western sources; how he used his outsider position to privilege the quotidian and minor and revived the spirit of popular devotion. Graphic artist, poet and songwriter, storyteller of Bombay and world history, poet in Marathi, in English and in 'Americanese', non-committal and deeply political, Kolatkar made lines wobble and treasured impermanence. Steeped in world literature, in European avant-garde poetry, American pop and folk culture, in a 'little magazine' Bombay bohemia and a specific Marathi ethos, Kolatkar makes for a fascinating subject to explore and explain the story of modernism in India. This book has received support from the labex TransferS: http://transfers.ens.fr/

Authors: Martin R. Gitterman
Categories: Language Arts & Disciplines
This volume presents a broad overview of current research and thought on aphasia in individuals who speak more than one language. The range of topics covered, a

Perspectives on Learning Disabilities in India

Authors: Komilla Thapa
Categories: Psychology
The book claims that identification of children with Learning Disabilities (LD) and teacher awareness of LD go together. Each author takes a position with respe