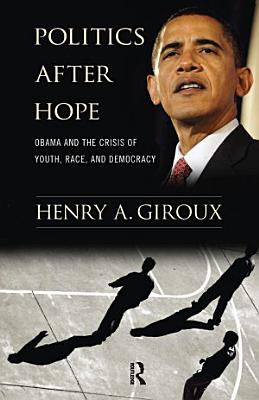 As the new administration moved beyond its first year in office, Obama's politics of hope increasingly has been transformed into a politics of accommodation. To many of his supporters, his quest for pragmatism and realism has become a weakness rather than a strength. By focusing on those areas where Obama grounded his own sense of possibility, Giroux critically investigates the well-being and future of young people, including the necessity to overcome racial injustices, the importance of abiding by the promise of a democracy to come, and the indisputable value of education in democracy. Giroux shows why considerations provide the ethical and political foundations for enabling hope to live up to its promises, while making civic responsibility and education central to a movement that takes democracy seriously.