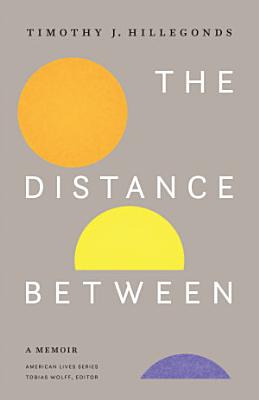 At eighteen years old, with no high school diploma, a growing rap sheet, and a failed relationship with his estranged father, Timothy J. Hillegonds took a one-way flight from Chicago to Colorado in hopes of leaving his mounting rage and frustration behind. His plan was simple: snowboard, hang out, live an uncomplicated life. The Distance Between chronicles how Hillegonds’s plan went awry after he immediately jumped head first into a turbulent relationship with April, a Denny’s coworker and single mother. At once passionate and volatile, their relationship was fueled by vodka, crystal methamphetamine, and poverty—and it sometimes became violent. Mere months after moving to the mountains, when the stakes felt like they couldn’t be higher, Hillegonds learned April was pregnant with his child. More than just a harrowing story of addiction and abuse or a simple mea culpa, The Distance Between is a finely wrought exploration of, and reckoning with, absent fathers, fatherhood, violence, adolescent rage, white male privilege, and Hillegonds’s own toxic masculinity. With nuance and urgency, The Distance Between takes readers through the grit of life on the margins while grappling with the problematic nature of one man’s existence.