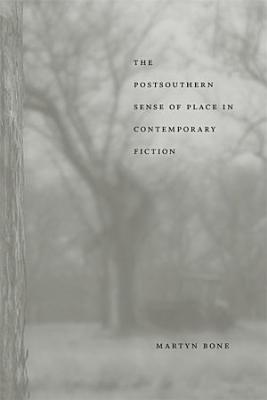 For generations, southern novelists and critics have grappled with a concept that is widely seen as a trademark of their literature: a strong attachment to geography, or a "sense of place." In the 1930s, the Agrarians accorded special meaning to rural life, particularly the farm, in their definitions of southern identity. For them, the South seemed an organic and rooted region in contrast to the North, where real estate development and urban sprawl evoked a faceless, raw capitalism. By the end of the twentieth century, however, economic and social forces had converged to create a modernized South. How have writers responded to this phenomenon? Is there still a sense of place in the South, or perhaps a distinctly postsouthern sense of place? Martyn Bone innovatively draws upon postmodern thinking to consider the various perspectives that southern writers have brought to the concept of "place" and to look at its fate in a national and global context. He begins with a revisionist assessment of the Agrarians, who failed in their attempts to turn their proprietary ideal of the small farm into actual policy but whose broader rural aesthetic lived on in the work of neo-Agrarian writers, including William Faulkner and Eudora Welty. By the 1950s, adherence to this aesthetic was causing southern writers and critics to lose sight of the social reality of a changing South. Bone turns to more recent works that do respond to the impact of capitalist spatial development on the South -- and on the nation generally -- including that self-declared "international city" Atlanta. Close readings of novels by Robert Penn Warren, Walker Percy, Richard Ford, Anne Rivers Siddons, Tom Wolfe, and Toni Cade Bambara illuminate evolving ideas about capital, land, labor, and class while introducing southern literary studies into wider debates around social, cultural, and literary geography. Bone concludes his remarkably rich book by considering works of Harry Crews and Barbara Kingsolver that suggest the southern sense of place may be not only post-Agrarian or postsouthern but also transnational.

The Postsouthern Sense of Place in Contemporary Fiction

Authors: Martyn Bone
Categories: Literary Criticism
For generations, southern novelists and critics have grappled with a concept that is widely seen as a trademark of their literature: a strong attachment to geog

A Sense of Place

Authors: Annie Davy
Categories: Education
Being outside and connecting with nature is key to young children's learning and wellbeing, especially in a busy, fast-changing and digitalised world. Outdoors,

Authors: Barbara Allen
Categories: Social Science
Despite the homogenization of American life, areas of strong regional consciousness still persist in the United States, and there is a growing interest in regio

Sense of Place in Natural Resource Recreation and Tourism

Language and a Sense of Place

Authors: Chris Montgomery
Categories: Language Arts & Disciplines
Place has always been central to studies of language, variation and change. Since the eighteenth century, dialectologists have been mapping language features ac

THE ANALYSIS OF SENSE OF PLACE OF MALIOBORO SHOPPING AREAS: A Study about Physical and Social Factors in a Historic Commercial Area

Authors: Astrid Kusumowidagdo
Categories: Architecture
We would like to give thanks for the completion of the book, The Analysis of Sense of Place of Malioboro Shopping Street, A Study about Physical and Social Fact

Authors: Ursula K. Heise
Categories: Literary Criticism
Sense of Place and Sense of Planet analyzes the relationship between the imagination of the global and the ethical commitment to the local in environmentalist t

Authors: Frank Vanclay
Categories: History
"Making Sense of Place is a book of selected proceedings from the Senses of Place conference held in Hobart in April 2006. It explores place from myriad perspec

Authors: Lewis Holloway
Categories: Science
An innovative introduction to Human Geography, exploring different ways of studying the relationships between people and place, and putting people at the centre