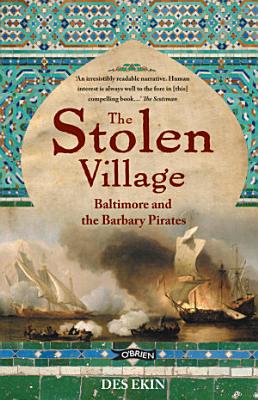 In June 1631 pirates from Algiers and armed troops of the Turkish Ottoman Empire, led by the notorious pirate captain Morat Rais, stormed ashore at the little harbour village of Baltimore in West Cork. They captured almost all the villagers and bore them away to a life of slavery in North Africa. The prisoners were destined for a variety of fates -- some would live out their days chained to the oars as galley slaves, while others would spend long years in the scented seclusion of the harem or within the walls of the Sultan's palace. The old city of Algiers, with its narrow streets, intense heat and lively trade, was a melting pot where the villagers would join slaves and freemen of many nationalities. Only two of them ever saw Ireland again. The Sack of Baltimore was the most devastating invasion ever mounted by Islamist forces on Ireland or England. Des Ekin's exhaustive research illuminates the political intrigues that ensured the captives were left to their fate, and provides a vivid insight into the kind of life that would have awaited the slaves amid the souks and seraglios of old Algiers. The Stolen Village is a fascinating tale of international piracy and culture clash nearly 400 years ago and is the first book to cover this relatively unknown and under-researched incident in Irish history. Shortlisted for the Argosy Irish Nonfiction Book of the Year Award

Authors: Jay Neugeboren
Categories: Fiction
This story is about Nathan Malkin who returns to New York from a premature retirement in Israel. He bears a heavy baggage of memory - his parents' marriage, the

Gazetteer of the Bombay Presidency ...

Gazetteer of the Bombay Presidency: Cutch, Pálanpur, and Mahi Kántha

Figures of Criminality in Indonesia, the Philippines, and Colonial Vietnam

Authors: American Council of Learned Societies
Categories: Social Science
A complex examination of "criminality" and "the criminal" as constructs and active presences in Southeast Asia. Contributors explore such themes as surveillance

The New Code of Criminal Procedure